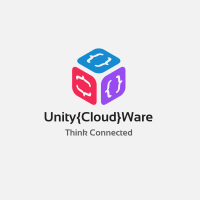 The UCW Platform infrastructure has two main components daemon and portal. The first of them is a service running on a node such as a server or an embedded device like RaspberryPi, and its primary role is to manage plugins that are extending the daemon functionality. The plugins can add a new feature to collect data on a node or use the node to run jobs that can do particular operations such as run a task on another node, receive data and trough daemon send the data to another daemon. For instance, the UCW IoT Cloud uses the daemon as the data collector and for additional data processing as part of the integration layer.

The second component is the web portal coming up with the set of features such as user management, dashboards, reports and much more. The daemon plugins are a way how to deliver new features for the UCW Daemon, and portal plugins are no exception to have the similar role for the UCW Portal. In case we need to visualize and show data collected from the sensors, the dashboard is the right option here.